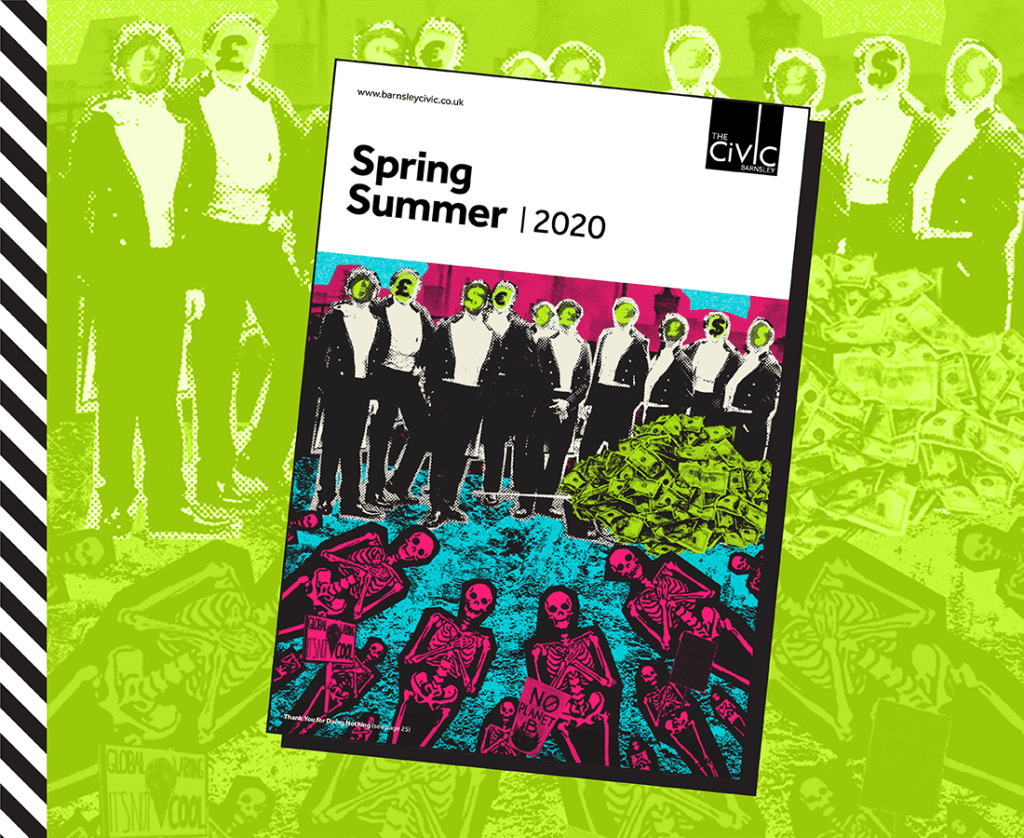 Our aim is to be forward-thinking in our choice of exhibitions, and to present the best of all aspects of art and design to our audience by including a range of contemporary culture, design, fashion, photography and craft. Without losing our artistic integrity we often include a focus on popular culture and social history to broaden the appeal and accessibility of our exhibitions. We aim to ensure The [email protected] is a venue where people can learn, engage and become inspired. We want to create an environment that instils a sense of confidence, enjoyment, understanding and a desire to return again and again by providing an exhibitions programme that appeals to a wide cross-section of people

North: Fashioning Identity explores the way the North of England is depicted, constructed and celebrated in select photographs, artworks and fashion collections. The show brings together visions of the North, unpicking themes that appear regularly in design and media. It considers truth, myth and the spaces in-between.

​Featuring over 100 photographs, alongside fashion garments and artworks, the exhibition positions documentary work dating back over eighty years next to more recent style media. It considers the ways in which the realities captured in early projects have become tropes, rehashed and recreated year on year, season on season. The exhibition celebrates the global influence of the cultural output of the North. On display, work by international designers shows the far-reaching relevance of North-inspired motifs and their appeal to audiences who may never have set foot in the region but feel a connection through music, graphics or style.

In his 2004 book Looking North, the cultural historian Dave Russell writes, ‘The real skill will be in learning to look beneath the clichés and habits of imagination that lie at the heart of these myths.’ With this in mind, this exhibition is both about the style and cultural heritage of the North, and the ways in which the ideals of it – the clothes, the music, the smells, the houses, the men, the women, the communities – have spread and, in turn, been shaped by others through visual representations. It is about the evolution of tradition, character and identity as much as it is about photography and fashion. 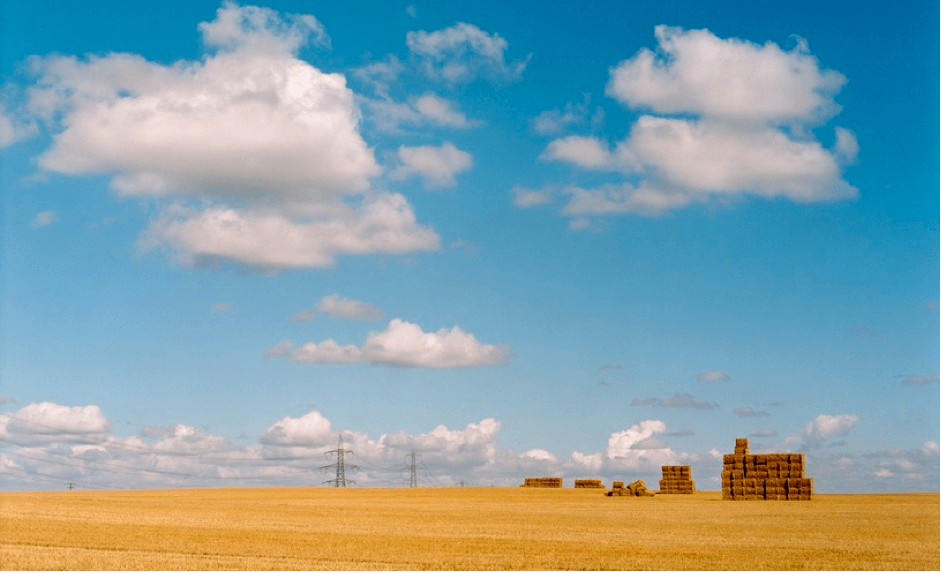 Barnsley Market has formed an integral part of the town’s life for centuries. Though the market has changed appearance and location many times one thing has always remained consistent; the people. Many locals will have fond memories of the traders and characters who frequented the market over the years.

One of those well-known characters was amateur photographer Harry Brookes. Over a period of five decades, Harry documented the changing face of the market, its traders and the shoppers. His love of the market community and interest in local history led Harry to take over 1000 photographs, many of which were donated to Barnsley Archives. This exhibition displays a selection of Harry’s pictures which span a six year period of 1982 – 1987.

All images have been reproduced with the kind permission of Barnsley Archives. 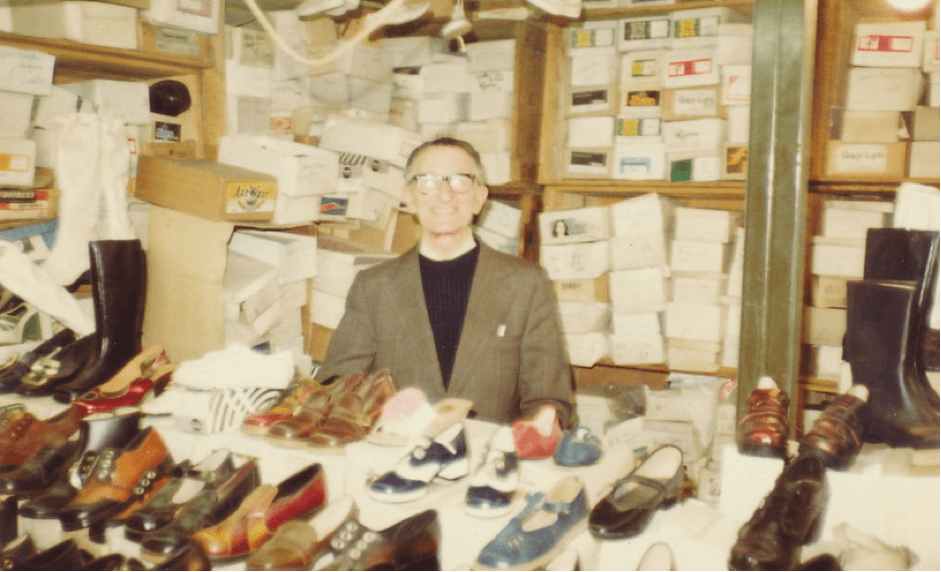 Sean O’Connell is a Barnsley based photographer and mixed media artist. O’Connell, who works mainly in black and white film photography, documents his friends, family and community engaging in daily life against the backdrop of the original architecture and suburbs of his hometown. In 2017, O’Connell’s gritty aesthetic and rejection of gentrification lead him to shoot a portfolio of images for Burberry.

O’Connell’s work is deeply personal. As well as photographing the people around him, he also believes in immersing himself fully within the settings that he depicts and sees creative value in the found objects, physical markings and overheard conversations of his surroundings. 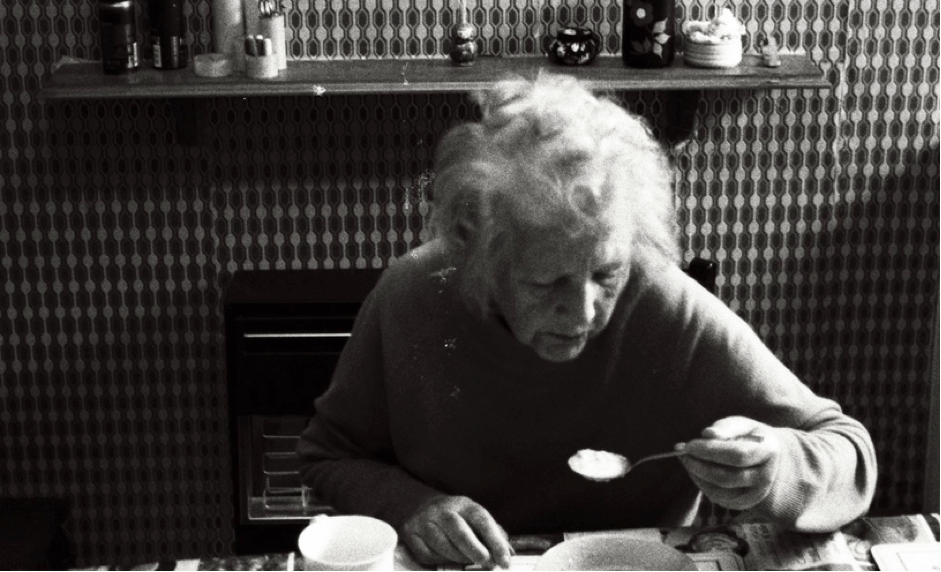 Mark Evans is a Barnsley based artist. Working mainly in pen and ink, Mark uses art to express his inner most thoughts, frustrations and fears. Best Before Date is a series of images dealing with the artist’s own personal journey of accepting getting older and mortality.

The series deals with society’s prejudices against aging, his own fears, which includes dementia and losing connections with his loved ones and asks; if we all have a finite time on this planet, by who or what is our best before date determined? 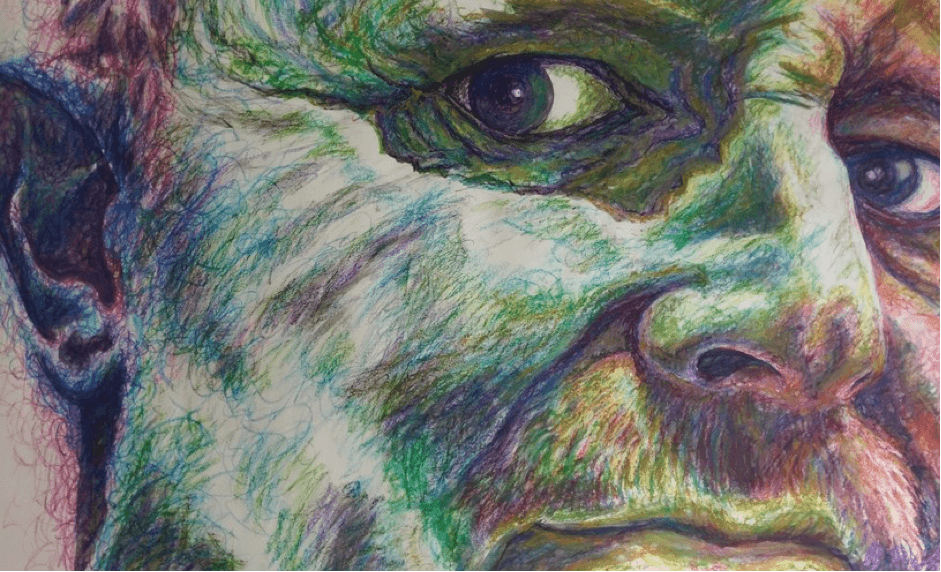 Shoplifting in Woolworths and Other Acts of Material Disobedience

​When Paula Chambers was a girl she used to steal things from Woolworths. These small acts of defiance were dangerous and thrilling; they made her feel like an outlaw. The sculpture and installation works in this exhibition re-enact the artist’s girlish disobedience through objects made and found.

These sculptural works are intrinsically domestic, the objects and materials from which they are constructed are the things of home, the stuff of femininity. Yet they unsettle our expectations of the homeliness of home, for it would appear that the women and girls implied by the sculpture and installation exhibited have rebelled, they have become domestic pirates. 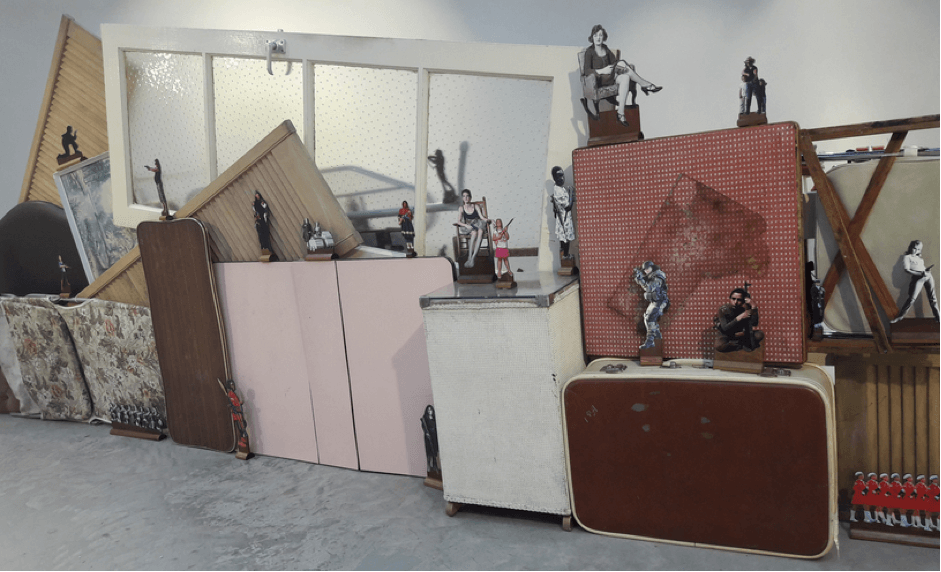 Faiza Omar is from Zanzibar, she currently lives and works in Sheffield, UK. She studied Creative Arts Practice at Sheffield Hallam University, graduating in 2012.

Inspired by her cultural and religious upbringing, Faiza seeks to initiate conversations that challenge behaviours that are expected of women. Her drawings, photography and film often depict empowered Muslim women and celebrate their individuality and independence. 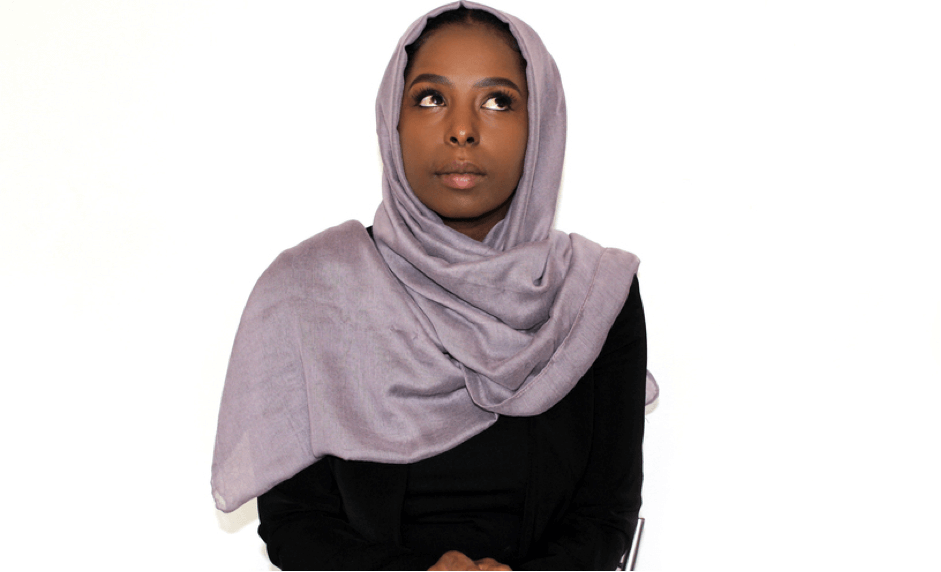 Michael Steer is a local painter who was born and raised in Barnsley. He studied Interdisciplinary Art and Design at University Campus Barnsley and currently works out of his studio in Wombwell.

Michael’s work concerns the ambiguity and connotations of language, exploring how statements can have profoundly different interpretations depending on the person viewing them. His paintings invite the audience to consider the hidden depths of simple statements and discover the inherent poetry of words.

Michael is part of the 2020 Civic Artist Residency Programme. 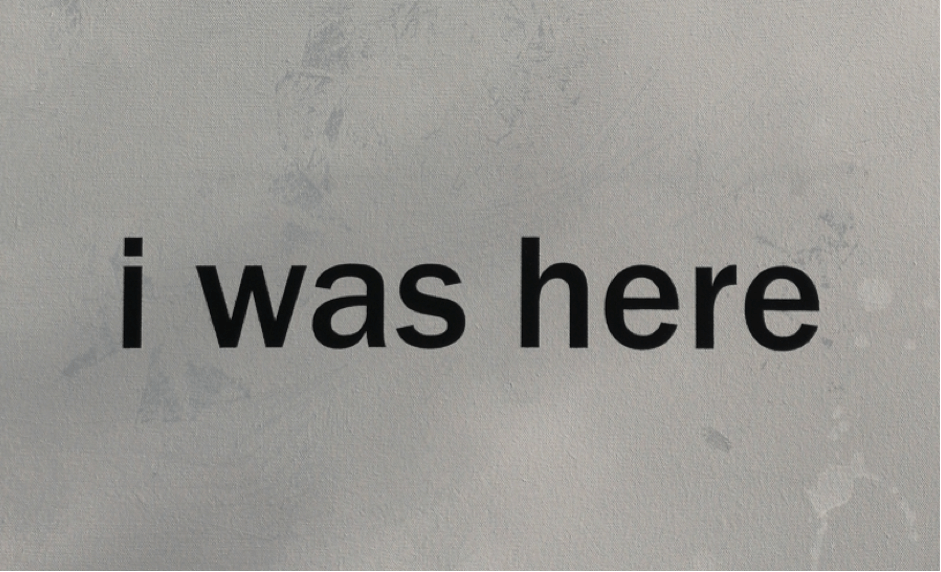 Taking inspiration from a variety of sources and influences, the images Liam Moxon creates captivate the imagination and transport the mind to a parallel world full of surreal science fiction imagery.

The artist is inspired largely by the absurd works of Salvador Dali and Monty Python’s Terry Gillam. His modern interpretation on surrealist collage intertwines stereotypical, lifestyle magazine images from yesteryear with space-age scenery to deliver a satirical perspective on how the people of the past would have hoped for our present to be. 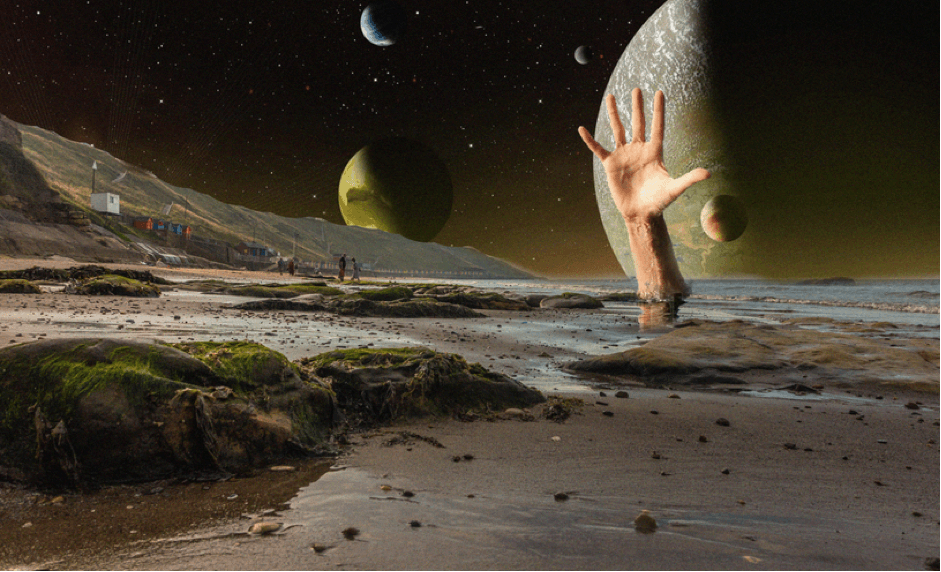 NEW EVENTS DIRECT TO YOUR INBOX 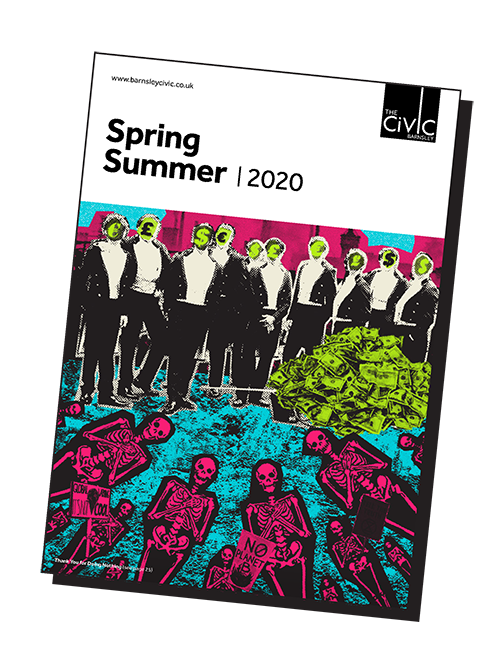