In April 2019, The Civic was successful in receiving a grant from The Esmée Fairbairn Foundation to help us develop our community engagement programme and reach new audiences.

Our aim is to develop and sustain longer-term relationships with education providers and community groups, in turn connecting more deeply with all residents in the Barnsley borough.

We want communities in Barnsley to feel like high quality arts and culture is not only accessible to them, but relevant to them too. We want to enable more people in our communities to share their own stories, create their own art and feel connected to The Civic.

Projects running throughout 2021 and 2022 are part of our No Boundaries season, which you can view here.

Back in April 2020 our Community Engagement Officer Jason wrote some blogs detailing his work during his first year in post. You can read them all here.

Zines remain an ever-important platform for LGBTQ+ voices and we wanted to support Barnsley’s own LGBTQ+ community in creating their own.

Each group’s work was compiled and published as three separate zines. Copies were then distributed locally and regionally to similar support groups and to national Queer zine libraries. Displays of zines and artwork took place at The [email protected] The Lightbox, Wombwell Library and at The Civic as part of the launch of our 10th anniversary season.

Since the workshop took place, some of the group members have carried on creating zines for themselves, as a vehicle for their own poetry. 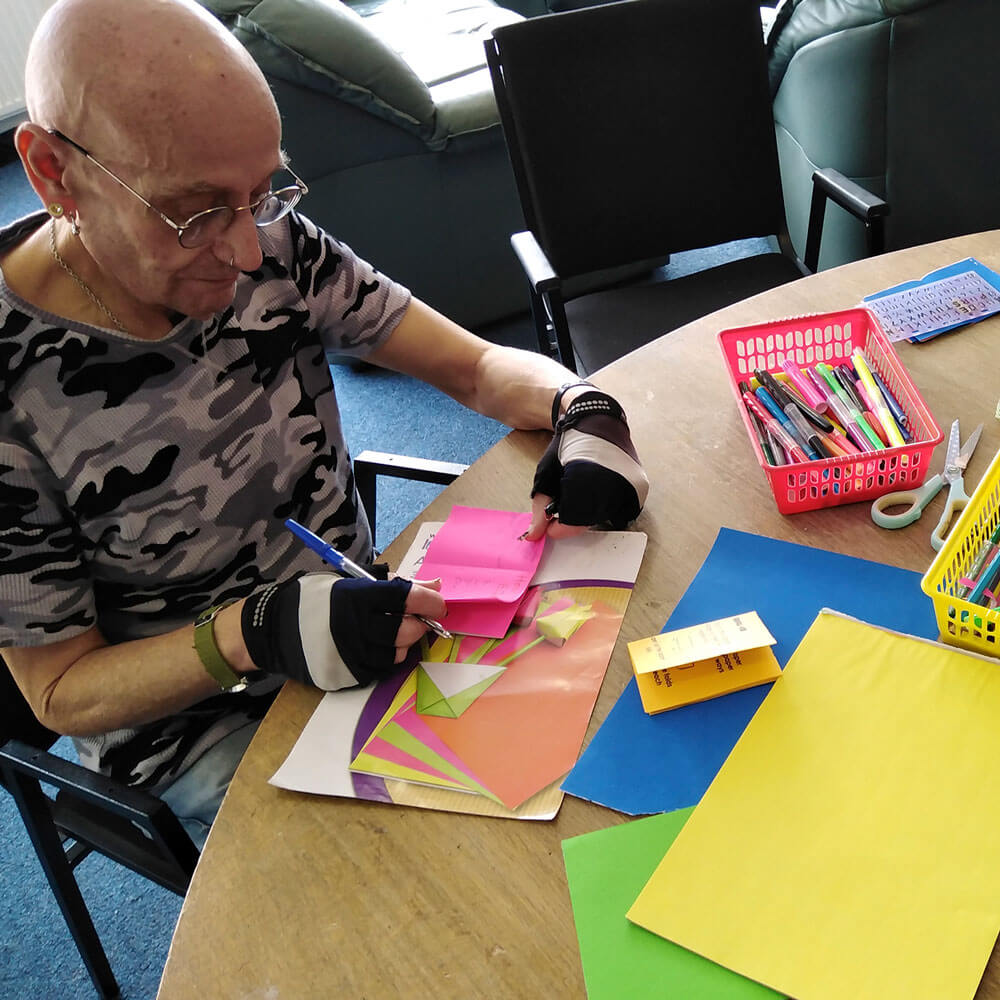 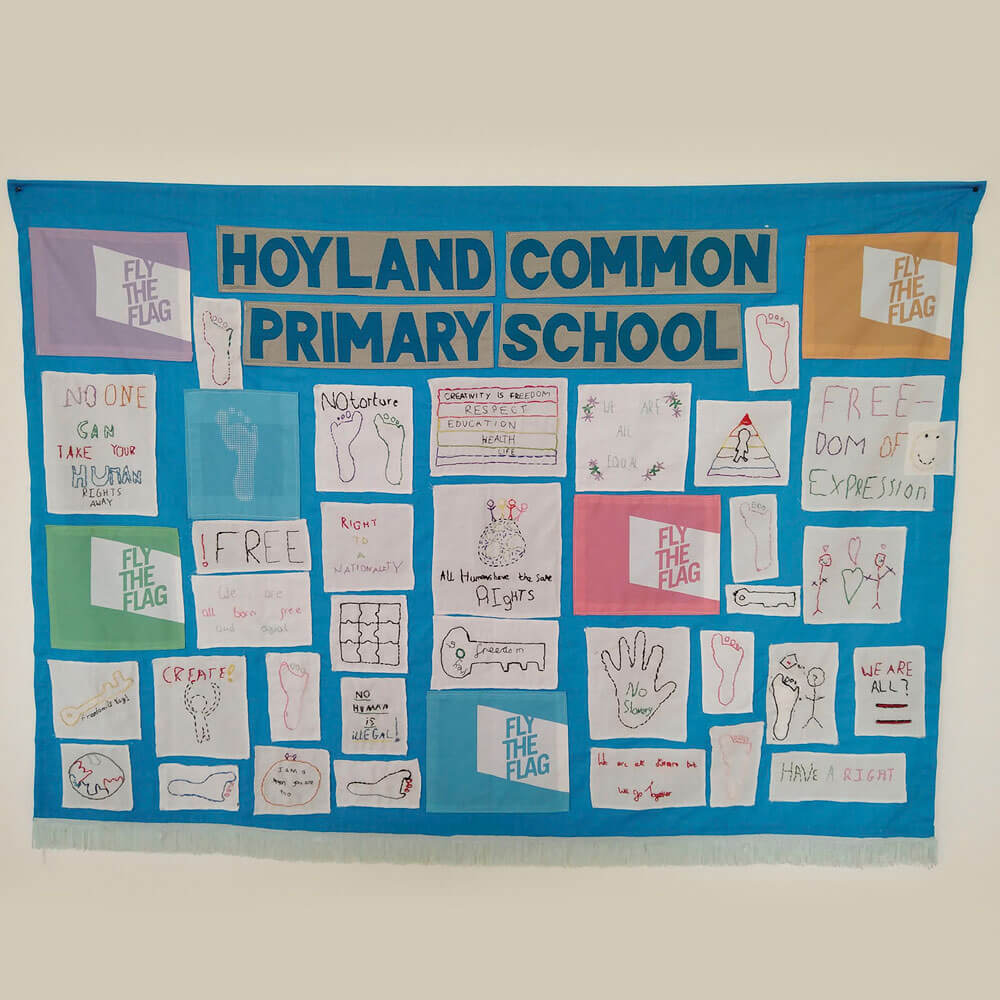 Internationally renowned artist and activist Ai Wei Wei was commissioned to design a flag to celebrate the 70th anniversary of the declaration of The Bill of Universal Human Rights. Arts organisations and charities around the UK were invited to take part and fly the flag between 24th and 30th June 2019.

In Barnsley, flags were created by children from Hoyland Common Primary School and members of Barnsley’s Refugee Council. The groups worked alongside local textile artist Gemma Nemer and artist and ceramicist Moz Khokhar to create their own flags, sharing their collective thoughts and concerns about what human rights mean to them.

Their flags were then displayed alongside Ai Weiwei’s flag on site at The Civic.

Since then we have continued to develop our relationship with Hoyland Common Primary School, focusing on performing arts and exploring ways to support Arts Awards. We are also currently developing a programme of theatre engagement for members of Barnsley’s Refugee Council.

In a third project, and following a brief artist residency at The Civic in February 2019, Hackney based urban artist and designer Annie Nicholson (aka Fandangoe Kid) further developed her work in Barnsley. This was an Arts Council funded project working with two community groups, with a wider goal of creating an empowering mural in Mandela Gardens inspired by the stories and words of Barnsley residents.

The two groups selected were ‘Recovery Through Art’ (part of the charity Creative Recovery) and Mind Barnsley’s peer led group ‘Craft and Chatter’.

Throughout June and July, both groups took part in six workshops delivered by Annie and writer James Nash, exploring issues of love, loss, strength through adversity, personal legacy and community. In late July, Annie collated the groups’ work and designed the final mural, which was painted onto the walls of Mandela Garden and launched as part of our 10th anniversary season in September.

A video documenting the project was produced by Wayne Sables. 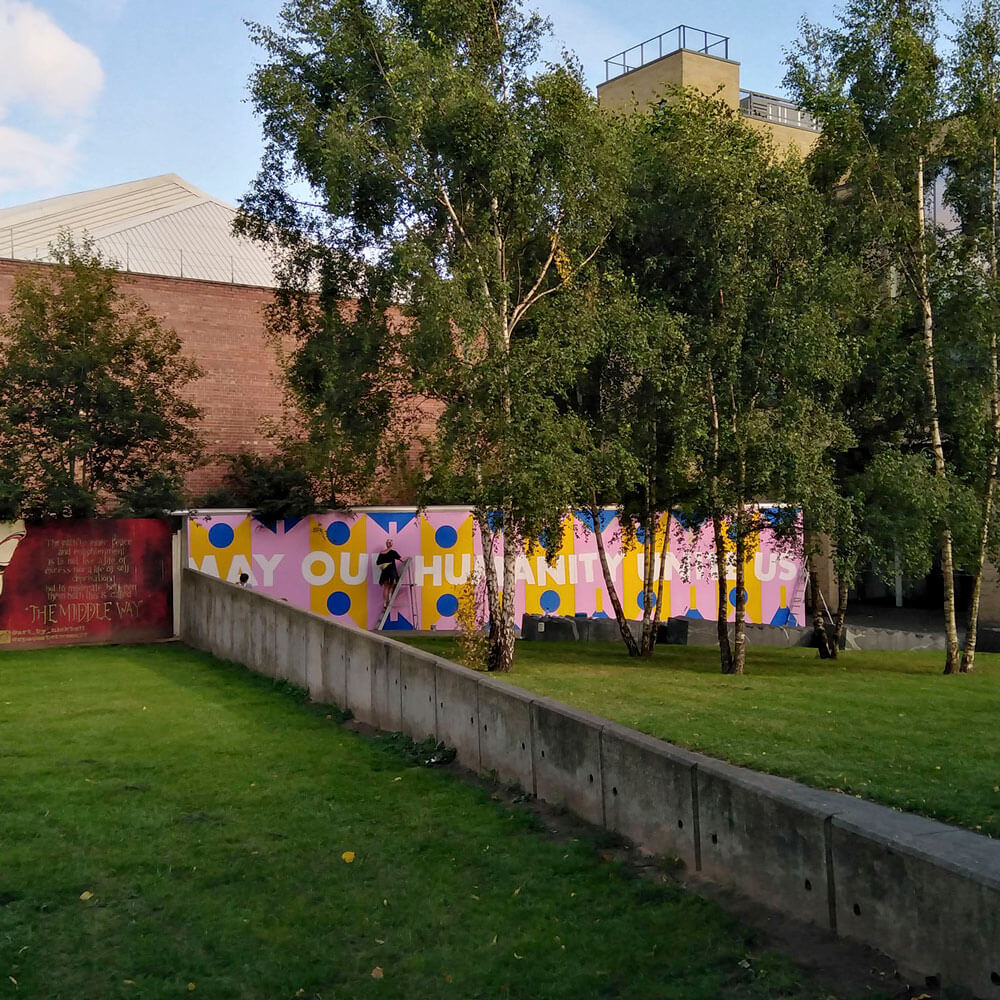