An interview with Jamie Reid

Punk is still the music anybody can play, a dream you can have when you’re awake. Its energy and ethos have its roots in things as unlikely as the Beats and Warhol, mass production and mass media, which it both rebelled against and benefited from. Punk represents freedom of identity and creativity, a will to take chances, make things for the sake of it and wreck things for the fun of it. As manifestos go, that still works.

Jamie Reid is bestknown for his décollage covers of the Sex Pistols’ albums Never Mind the Bollocks, Here’s the Sex Pistols, as well as singles including Anarchy in the U.K. and God Save the Queen. He is a self-described anarchist creating cover art that helped define the aesthetic of the British punk movement and an activist, agitprop icon who moved us all to face and facilitate changes necessary to our lives and world.

At Croydon Art School his path crossed fatefully with future Sex Pistols manager and punk svengali, Malcom McLaren, and in harness they transformed the music and art world.  Represented by John Marchant Gallery in London, Reid’s works are in the collections of The Museum of Modern Art in New York, the Victoria and Albert Museum in London, and the Tate Gallery in London, among others.

His 2021 exhibition at The Civic, Taking Liberties! Jamie Reid’s Political Work 1970-2021 featuring drawings, stickers, posters, banners and publications from Reid’s seminal but rarely seen early 70’s Suburban Press period through 1980’s and 1990’s campaigns against the Poll Tax, English Heritage, the Criminal Justice Bill and Clause 28 to recent work for Pussy Riot, Occupy London and Extinction Rebellion, Taking Liberties! addresses an important part of this most influential of artist’s work to date. After all, at its heart punk was both romantic and political, and Reid was the acknowledged driving force of rage against the monarchy, the state and the status quo.

Here we have an interview with Jamie Reid, at 74 still an iconoclast and highly political working artist.

Your work changed the world of art and design. How does that feel?

It depends in which ways it’s been done. I’ve just done a campaign against McDonald’s, who rip my work off terribly, and if it’s done by corporate people I hate it.

But if it’s done with some with intent, and with a sort of political message, I approve of it. I mean, on a purely, sort of music level, someone who really understood where me and Malcolm McLaren are coming from with the Pistols and punk were the KLF but they took it to a completely new generation.

Do you feel there’s anyone now taking it to a new generation?

I mean the movement against global warming and the planet is fantastic.

One of the images you’re exhibiting is against English Heritage. What is the context for the protest?

It relates to my whole background; it was a very socialist but Druidic. English Heritage seem to represent everything that’s conservative and the worst of English history. We’ve got a whole unsaid, unrecorded history which I’m interested in.

With present politics I was very taken with Margaret Atwood. I was trying to think of images for Boris Johnson and Trump and Putin (GS: A work citing this appears in the show see above) and she came up with a quote when she was asked what do you think of the present, political situation. She said we’re going backward at a very rapid rate.

Then I suddenly saw it, Putin is the Czar, Trump is like the John Wayne cowboy, and Boris Johnson is a combination of Flashman and Tom Brown’s School Days and a Roman emperor.

What do you make of all that? What do you think is the context and provenance of it all, and its future?

At its worst, it’s Stormzy playing Glastonbury in front of 100,000 upper-middle-class white people.

In principle Extinction Rebellion is fantastic. I work at a community centre in Liverpool called The Florrie (The Florence Institute) and it’s in one of the poorest areas in Liverpool. You ask those kids about the environment; they’re not remotely interested. All they are interested in is getting by day by day to survive. So to some extent, things like Extinction Rebellion come from a position of privilege. I totally agree with what they’re trying to do, but it’s got to come from below as well.

Over the course of the last 30 years, I have done all sorts of lectures and talks to young people. I know how they cut things like art, music and drama out of the syllabus in schools and make schools, including primary schools, competitive and all about examinations. Education should be about caring for your planet and caring for your fellow human beings.

So, what came to mind with your response in 2009 to Damien Hirst threatening an art student with copyright infringement: Are you content to have your own work taken, remade, stolen, exploited and appropriated?

I just think it’s so inevitable. My heart is in the right place.

I took great exception to people like Damien Hirst and Tracey Emin saying they were inspired by punk, like they were sort of radical. The whole idea that you had Saatchi and Saatchi, the advertising agency which was half responsible for getting Thatcher into power, taking a whole Thatcherite concept about ‘everything is for sale’, and just making that the British art scene, turning it into a commodity. I just see say them as Thatcher’s spawn, I can’t stand it.

There’s such a monopoly on the art scene here between critics, leading artists, gallery owners, there is a whole social network that you might have to become part of to get any recognition. It’s unbelievable.

The commodification of art has become a disease.

I understand you are currently working on a film with Julian Temple about your Druid heritage. Can you elaborate on your spiritual context and the film project?

My great uncle, George Watson MacGregor Reid was head of the Druid order, but he totally immersed himself in the first health foods and things like homeopathy.

I was brought up with a sort of, in a way, it was the Druid tradition, and it wasn’t much more than a complete love of nature and the planet. But I was dragged off at the age of seven on the Aldermaston marches, my parents were great campaigners for nuclear disarmament.

When I was working at Suburban Press we were actually creating stickers saying “Last Days”, a free sale going on here because the world’s running out of raw materials. We also did a sticker saying “This week only the store welcomes shoplifters”. We think it’s a new phenomenon but people have been fighting for it for hundreds of years, like William Blake. I totally love Blake; I have such an empathy with him as well. It was not really until the 1920s that anyone really got to know about him. He was political but he was very spiritual.

With my Druid, aboriginal head-on it’s an awful thing to say but I almost think the planet has had enough of us. You know: You’ve had your chance, you blew it.

Can you elaborate on any other projects you have you been working on?

There are all sorts of sides to work I’ve done every bit as important as the punk, agitprop work. I’ve worked with a heavy metal band called The Almighty. They did an amazing record called Jonestown Mind and they’re one of those bands that could play to quarter million people in Brazil and hardly anyone has ever heard of them here.

I’ve also been working for, getting on 15 years now, with a band called Afro Celt Sound System, which is a fusion of Irish, Scot, Welsh music and African music built on a realisation there is a common thread through them all.

At the moment I am doing a book with someone about magic and art; I did a studio design that was totally based on the four elements. Earth was north and fire was south, water was west and air is east and I was using symbols and astrology and all sorts of stuff, purely to create a space that could encourage the making of sound and music. And it works.

You can come and see Taking Liberties from 18 May – 19 June. Please find out more and how to book on our website. 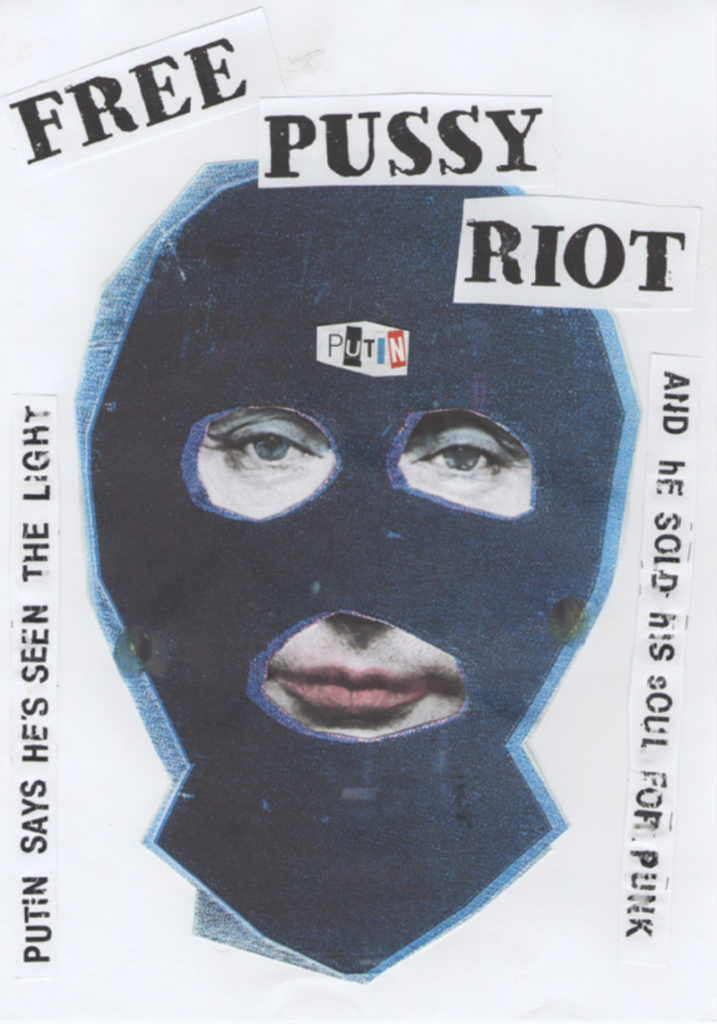 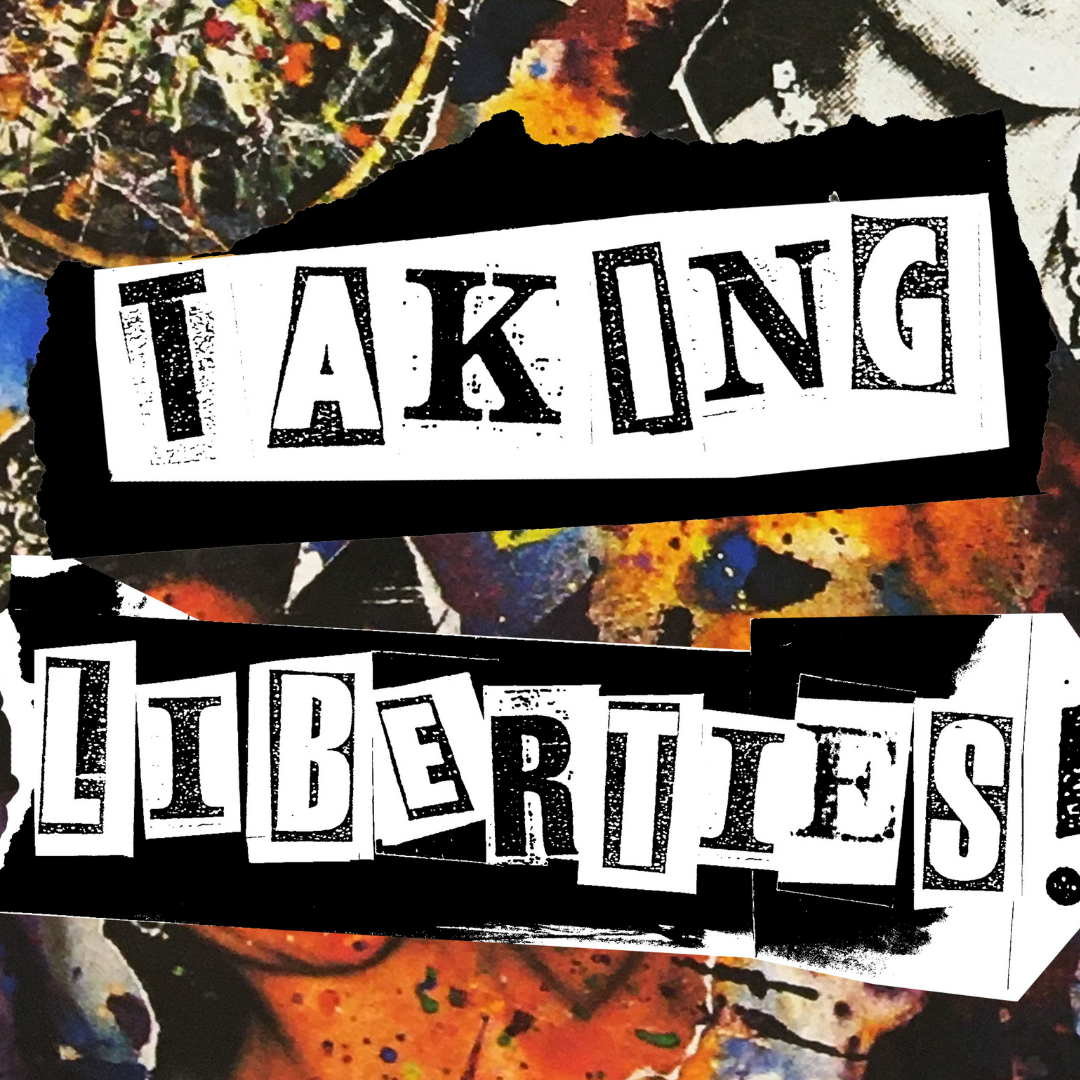 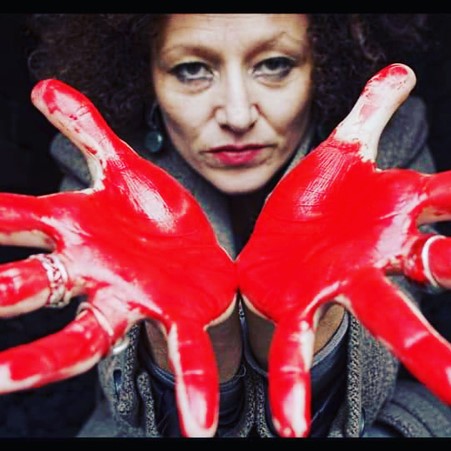 We wanted to introduce you to Keira Martin, dancer, choreographer,...

In 2019 working with writers Vicky Morris, James Nash and...

Gallery Opening Times (from 17 May):